Another great day of human creativity is to be remembered! The cheating of the age of the underdog is history. In the age of the internet, there is no need for a tom-tom to give the answers. Today, there is the connected Niemannitor 3000, which you can simply plug into your hum to pass every intellectual test imaginable. After the trivialization of the plug in the form of a Christmas tree, here is the version that even allows you to beat the world chess champion1

We might think that it comes directly from India, where Cheaters Valley is to technology what Bollywood is to cinema. But not at all, it comes to us from the United States of America. This country, well known for its inventive spirit, has always been a leader in technological advances that can benefit humanity. Let's think of the famous sweetened drinks that allow you to regain a bit of weight so that you don't stand out in the Wenduine campsite. There are also self-assembly firearms from the age of 6, pussy skrapper coat hangers for our lewd Texan friends or various vibrating connected objects to titillate couples 2.0. It is precisely this type of toy that allows you to cheat while reaching 7th heaven.

We don't know when the idea for the Nobel Prize was born in Hans Niemann's mind, but he succeeded in making the game of chess sexy. This grandmaster has pulverised the world champion. The commentators are unanimous: Magnus Carlsen has been bukkaked. If you are not a fan of chess, you can tell yourself that he mated2 the Roger Federer of the wooden piece pushers. This game, which would make the best pornographic actors go soft, has its own anal plug. You send it to yourself like a Space X rocket through your back door and you beat Roger Kasparov himself. You who were only the Ghislain Lambert ((an unlucky cyclist played by Benoît Poelvoorde)) of the black and white squares have become the Eddy Evenepoel of the least sexy discipline in the world.

The big question is how it works. Even Elon Musk has mused about it in a Twitter which he has since deleted.3He always has the art of withdrawing when it gets good... Let's get back to our little counters. Today, the reference programme for players is Stockfish. It allows you to calculate the best move, every time. Basically, to put it in layman's terms, a human would be unable to beat Stockfish. One only needs to get help from the program to beat any real chess player. Once the plug is in place, it's time to come to the table.

The operation is very simple, thanks to the magic of the internet, the game partner vibrates the plug remotely. For the code, he uses Morse code, quite simply. A partner with the best AI is looking for the best move and only has to send the coordinates of the latter. It's as simple as that. Orgasm guaranteed. For the uninitiated, who wonder if you can get off by having your prostate tickled, I'd say that's not the question we're asking now. Rather, it's the question, "But how do you communicate that better sex? And yes, a prostate massage is... mmmmhhhhh. That's not the point.

Dear readers, please remember, that the players transcribe the games into a notation system of the algebraic type. I'll take a few simple examples to show that the sexual tension will increase little by little. It will become unbearable in order to reach the mat...ignon orgasm. It's a bit like the White House - Clinton and Lewinsky - replayed by Macron and Line Renaud. Presidents don't have the same habits. Let's take the example of a standard opening: e4 (the pawn advances to the e4 square), Cf3 (knight on f3) and Fb5 (bishop on b5) for the so-called Spanish Ruy Lopez opening.4a very common opening.

Despite the popular success of the Queer Gambit series on Nikflix, there is still no female version. At the same time, it's not surprising when you consider that sex education classes don't feature the clitoris, equal pay has still not been achieved, etc. So, in 2022, the sexualisation of chess is in the image of its time: masculine.

And first of all, do women cheat? 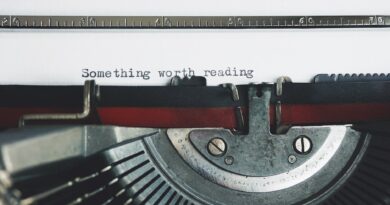 Get back to good habits...

It's the start of the school year! Welcome to dreamsandmoods!